We are excited to announce that we are rebranding and changing our name to Gastro Health! 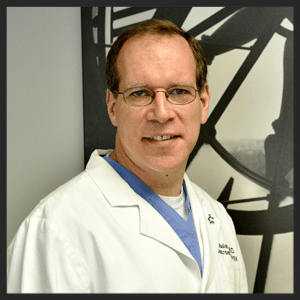 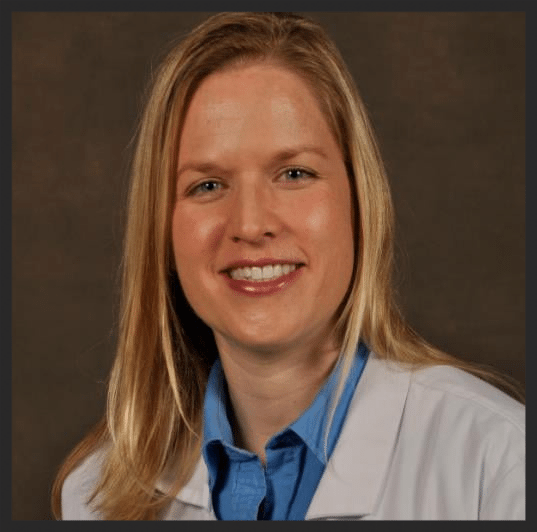 Dr. Emily Christman joined our team in 2016. She is a 2004 graduate of Georgetown University School of Medicine. She completed her internal medicine residency training at the University of Florida-Jacksonville in 2012 and then served as Chief Resident from 2012-2013. She completed her Gastroenterology fellowship at the University of Oklahoma. She has published in the field of general gastroenterology and presented posters at local and national GI meetings. She is a reservist in the United States Navy and was awarded the Navy and Marine Corps Commendation Medal for her service during Operation Iraqi Freedom. She is board certified in Internal Medicine and Gastroenterology and has professional interests in clinical nutrition and obesity. 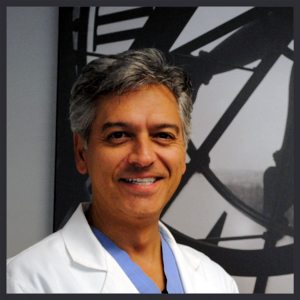 Dr. Diego A. Gomez joined our team in 2001. He is a 1988 graduate of the Eastern Virginia University School of Medicine, and he completed his internal medicine residency training at the Medical College of Virginia in 1991 where he received a research award from the American College of Physicians. He then completed his gastroenterology fellowship at MCV in 1993. He returns to Virginia after practicing for 8 years at the Greenbrier Valley Medical Center in Ronceverte, WV. He has published in the field of clinical hepatology, and he holds board certification in internal medicine and gastroenterology. 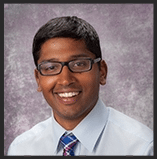 Dr. Arun Mannem joined our team in 2016. He is a 2009 graduate of the Medical College of Wisconsin. He completed his internal medicine residency training at Washington University in St. Louis/Barnes-Jewish Hospital in 2012. While in residency he was awarded a research training grant to conduct clinical research in gastroenterology. After residency, he worked for a year in the practice of internal medicine, serving as a hospitalist at Washington University in St. Louis. He completed his Gastroenterology fellowship at the University of Pittsburgh Medical Center. Arun has authored abstracts and publications in the field of Gastroenterology and has presented posters at national Gastroenterology and Liver meetings. He is board certified in Internal Medicine and Gastroenterology, and his clinical interests are in the fields of Hepatology and Inflammatory Bowel Disorders. During his free time he enjoys golfing, everything about the Green Bay Packers, and spending time with his wife, two children,and their Bernese Mountain Dog. 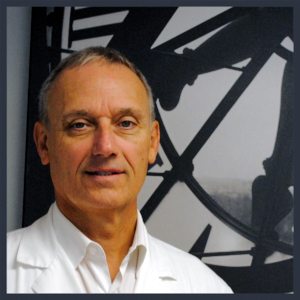 Daniel J. Pambianco, MD joined our team in 1989, graduated from the American University of the Caribbean in 1982. He served as Chief Medical Resident following his internal medicine residency at the Guthrie Clinic in 1985. After completing a University of Virginia gastroenterology fellowship in 1987, he joined their faculty as Assistant Professor of Medicine. He comes to our team as the past Director of Gastrointestinal Endoscopy and Co-Director of Biliary Lithotripsy at the University of Virginia. He was the founder and former Medical Director of Charlottesville Medical Research. He is the principal investigator on all gastroenterology and bariatric trials conduct by CMR and has participated in numerous trial designs, publications and served as an industry consultant.

Dr. Pambianco also served as the former chairman of the endoscopy/ motility lab at Martha Jefferson Hospital in Charlottesville, Virginia. He has published several peer-reviewed articles and book chapters in Gastrointestinal Endoscopy, Alimentary Pharmacology & Therapeutics, Clinical Therapeutics, Digestive Diseases & Sciences, Gastroenterology, and The American Journal of Gastroenterology. He is a frequent lecturer at national gastroenterology conferences.

Barham K, Dayyeh A, Eaton L, Woodman G, Fusco M, Courcoulas A, Pambianco D. A Randomized, Multi-Center Study to Evaluate the Safety and Effectiveness of the Orbera Intragastric Balloon as an Adjunct to a Behavioral Modification Program, in Comparison with a Behavioral Modification Program Alone in the Weight Management of Obese Subjects. Gastrointestinal Endoscopy. 81:2015 AB 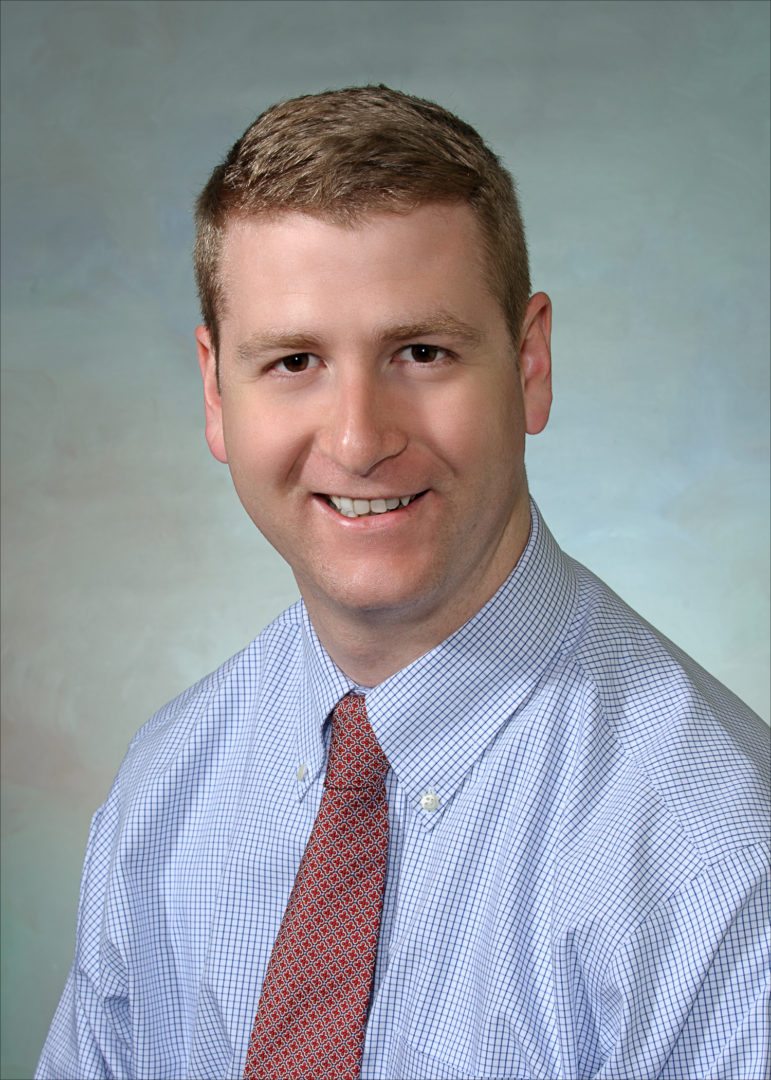 Dr. Elliot Smith joined our team in August 2018. He is a 2011 graduate of Drexel University College of Medicine during which time he was inducted into the Alpha Omega Alpha national medical honor society. He later went on to complete his residency in internal medicine at University of Virginia in 2014. After residency, Dr. Smith practiced internal medicine at Martha Jefferson Hospital following which he returned to UVA to start his training in Gastroenterology. He recently graduated from UVa. During his fellowship, Dr. Smith was active in research in liver disease and received the Houston Research Award. His work has been presented at both regional and national conferences and published in clinical journals. He is board certified in internal medicine and gastroenterology and has professional interests in general endoscopy and reflux disease. 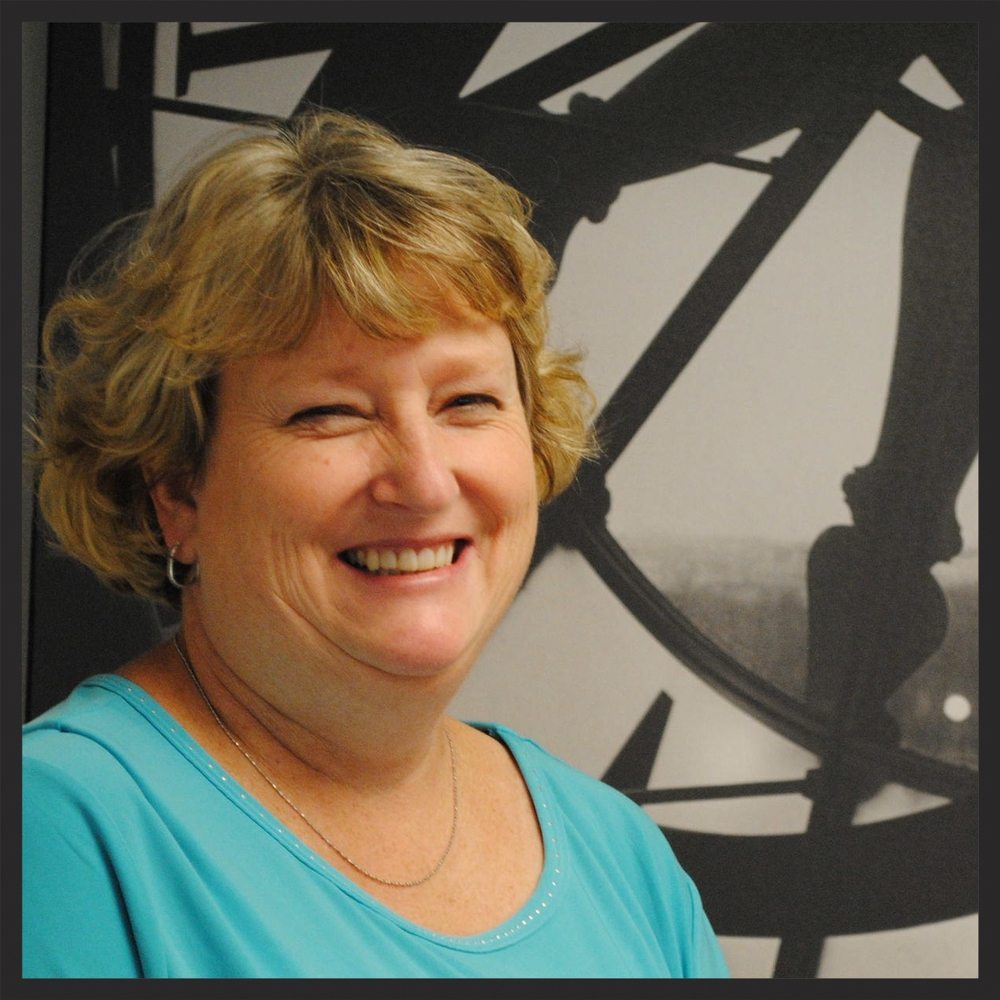 Catherine R. Easter, F.N.P., joined our team in 2006. She is a 1986 graduate of Piedmont Community College where she received her Associates of Applied Science in Nursing degree. She completed a Bachelor of Science degree with distinction at the University of Virginia School of Nursing in 1992 and her Masters of Science in Adult Health in 1994 at UVa. She earned her Family Nurse Practitioner certificate at UVa in 1996. She is certified as a Family Nurse Practitioner through the American Academy of Nurse Practitioners. Before joining CGA and AGA, she worked in the Emergency Departments of the University of Virginia. Health System, Augusta Medical Center, and Culpeper Memorial Hospital. She has also worked at Student Health and in perioperative nursing. Ms. Easter has co-authored several scientific papers. She is a member of the Virginia Council of Nurse Practitioners. 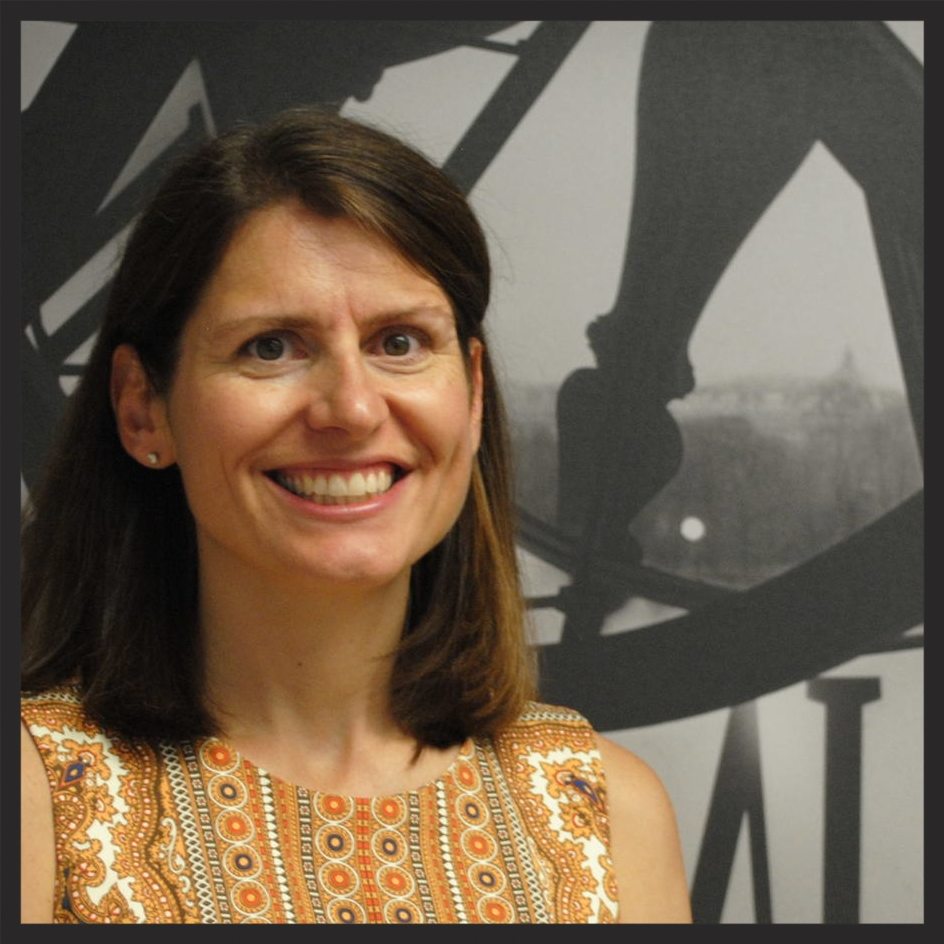 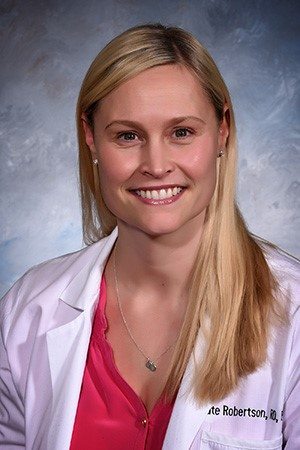 Kathryn “Kate” Robertson, Reg. Dietician, PA-C, joined our team in 2018. Kate grew up Kernersville, North Carolina. She graduated from Western Carolina University in 2005 with a degree in nutrition and then completed a dietetic internship at University of Virginia Health System. She worked as a registered dietitian on the surgery nutrition support team for 3 years at UVA. She graduated from James Madison University as a Physician Assistant with Masters degree in 2011 and worked as a PA in the orthopedic department at UVA for 5 years following graduation. Her hobbies include snow-skiing, sports events, and spending time with her husband and two children. 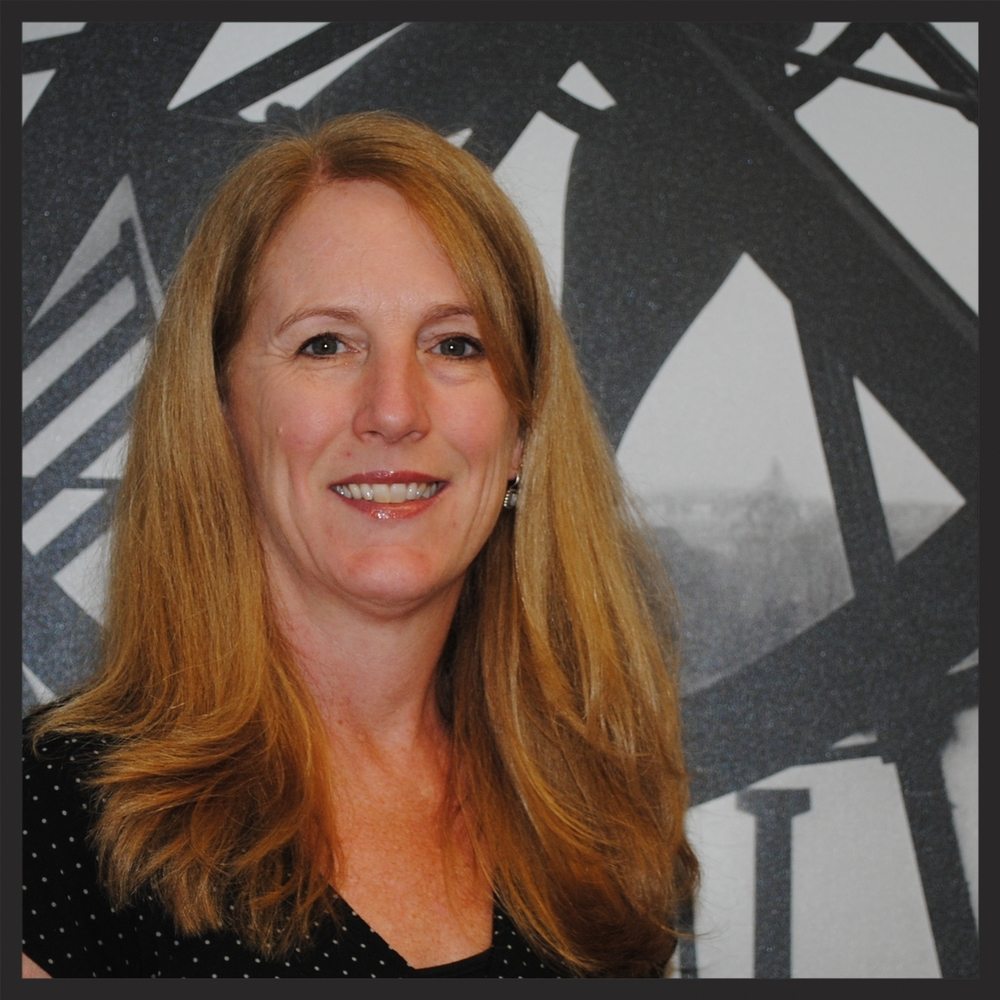 Donna H. Smith, F.N.P., joined our team in 2000. She received her BSN and MSN from Old Dominion University. She completed the Family Nurse Practitioner program with her MSN degree in 1996. She was accepted into the Sigma Theta Tau honor society. She worked as a nurse practitioner in several areas prior to joining CGA gaining experience in urgent care and family practice. She is a member of the Virginia Council of Nurse Practitioners, American Academy of Nurse Practitioners and the American College of Gastroenterology. Donna's hobbies include traveling, hiking, kayaking, and spending time with family and her special dog, Moose.